Before Hollywood, there was Betzwood

The Betzwood Film Archives digital history project chronicles the pioneering Betzwood Film Studios of Montgomery County, Pennsylvania. One hundred years ago it was the largest, most technologically advanced film studio in the world. 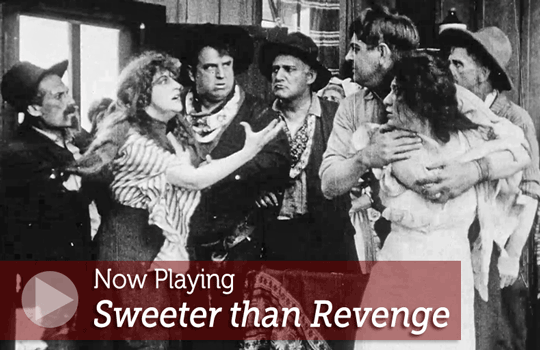 We created the project  to share and amplify the decades long research of Montgomery County Community College Professor Emeritus of History Joseph Eckhardt. The project has two major components.

The first was digitizing the original 100-year-old films so they could be watched online for the first time ever. We also digitized a deep collection of ephemera including film stills and glass “magic lantern” slides, which projected in theaters as the precursor to today’s movie trailers.

The second aspect was the creation of the project website. This allowed us to take all the individual pieces and use them to tell the larger story of the studio, it’s owner Siegmund Lubin, the films, and its actors. As we did not have an in-house CMS, we utilized WordPress.com to enable shared site creation and editing.

This project has drawn strong interest and praise ranging from international film researchers to local families whose relatives who worked at the studios. Since its creation, the site has attracted readers from more than 90 nations. This reach has greatly enabled Prof. Eckhardt to collaborate with film archivists and historians. It has led to the discovery of previously unknown Betzwood films in international archives as they learned of their films’ provenance through our site. The project was nominated for our college’s Innovation of the Year Award in 2012 and our team was also interviewed by MCCC President Dr. Karen Stout on her weekly “MCCC on the Air” radio program. Listen to the show online.

Note: Due to budget cuts we lost our Wordpres.com custom design. The site is currently using a generic WordPress.com template.  I am in the process of porting the site to our new LibGuides CMS while also incorporating new tools of storytelling. For example, I leveraged StoryMapJS to create a tour of the Betzwood Studios.